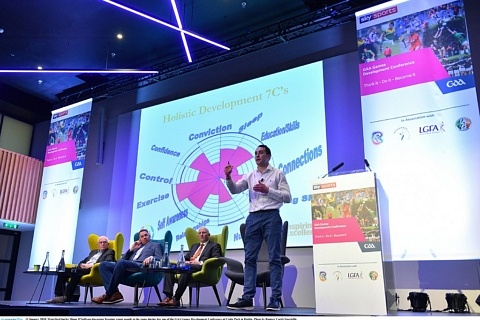 Albert Einstein once said he never made any of his discoveries through the process of rational thinking. As time has passed, science has proven that it is indeed our intuition that leads us to our greatest insights.

The majority of people are reading this article from a smartphone, This may not of been possible had it not been for the intuitive insights of Steve Jobs. As he once described, intuition for him was more powerful than intellect. It was the medium by which he made his greatest breakthroughs.

Often, we consciously analyse and re-analyse how we can get the best performance out of ourselves. The premise being that the more thought we give to something, the better our chances of success.

The latest research has presented conflicting ideas. What lies beneath the surface of the conscious mind is often the area we need to tap into. Here, we find the insights we require to be at our best.

Picture an iceberg. We know that roughly 90% of an iceberg is hidden beneath the surface of the water and about 10% is visible, above the surface. Neuroscientists at esteemed institutions like Stanford, Harvard, MIT and others have determined that the human brain operates in much the same way.

In Nobel Award winner Daniel Kahnemans award winning book ,”Thinking Fast and Slow”, he put forth a theory of two distinct ways the brain generates thoughts, based on his many decades of psychological research.

Psychologists have long understood the benefits from engaging and listening to system one more commonly known as your intuition. Kahneman reinforced the power of the subconscious by referencing two recent scientific studies.

In a Salk Institute study, participants were asked to play a card game where they pulled cards from two different decks. The decks were rigged so that one would “win” more often than the other, but the participants didn’t know that—at least, not overtly. It took about 50 cards for participants to consciously realise that the decks were different and about 80 to figure out what that difference was.

However, what was really interesting was that it only took about 10 cards for their palms to start sweating slightly every time they reached for a card from the “losing” deck. It was about that same time that they started subconsciously favouring the “winning” deck.

Intuition is a primitive brain function and it comes from the earliest days of human existence when detecting hidden dangers ensured our survival. These days our subconscious responses still exist however we use this capability so little that we don’t know how to listen to it properly.

Paul McGinley, Europe’s victorious Ryder Cup Captain understood the power of the subconscious more than most. He knew that the subconscious uses imagery and symbolism to express itself. He dedicated himself to speaking at team meetings for less than seven minutes, allowing the image he portrayed to empower his message and filter into the subconscious mind of his team.

McGinley was a keynote speaker at the GAA Coaching Conference held in Croke Park recently. He spoke of how he motivated his team by briefly explaining the meaning of particular images and allowing the players subconscious to do the rest.

Before the final round the European team had a considerable lead. McGinley used the image of an immovable rock being showered by rough waves. His idea was to portray the reality that the USA team were going to come back fighting and gain significant ground on them early on the final day.

The reaction he hoped for was that the European team were going to act like an immovable rock remaining calm and clear under the pressure. Team Europe would absorb wave after wave of team USA’s onslaught. The image certainly portrays a thousand words and it represented exactly what happened on the final day.


How can you tap into the potential of your subconscious?

Slow down enough to hear your inner voice. Before you can follow your inner voice you must first be able to hear it. Slow down from your busy life and allow yourself some mental space from the hustle and bustle. Solitude is the best environment for reflection. Take a walk, reconnect with nature or simply find your own personal space for reflection.

Listen to your inner voice. In the modern world people often dismiss their intuition to focus on what their conscious and analytical mind tells them. You can incorporate both but don’t let your analytical mind talk yourself out of something that your intuition already knows.

Practise Empathy. We can practise being totally present to people’s heart, body and mind. Put your phone away and give all the attention that you have to people. We can develop an intuitive awareness of what people are thinking and feeling from cues such as their tone of voice and body language. This is a powerful facilitator in making deep connections.

Visualise. Visualising what success looks like to you is a powerful way to allow your dreams filter into your subconscious. Visualise with vividness by incorporating great detail into your images. Engage all of your five senses to hear, feel, touch, taste and see what exactly it is you’re becoming.

Ask yourself questions that fire up your imagination. In order to get the right answers we must first ask the right questions. You may be facing a particular challenge in your life. Ask yourself an empowering question based in the present tense. Then respond with the first image that comes to your mind. As the subconscious uses symbols and imagery to express itself, this simple exercise often reveals the answer to your question in a poignant way.

Practise mindfulness. Mindfulness can be described quite simply as a practise of being in the moment. The more in the moment we can be in our lives the deeper our connection to our intuition. Mindfulness de clutters your environment and your brain allowing it to perform at its true potential.

The research is clear there is a significant percentage of our potential that lies underneath the surface. Luckily we can tap into this potential to make better decisions and acquire more clarity in our often busy lives.

Shane O Sullivan is a Performance Psychology Consultant and Executive Coach to some of the best in Ireland, training the mindset skills essential to revealing ones potential. He has a passion for high performance and has worked in the trenches of high stakes environments throughout his sporting and business career. He is a member of the European Mentoring and Coaching Council and the Coaching and Mentoring panel of Enterprise Ireland.