Rugby, the Haka, Hurling and Football 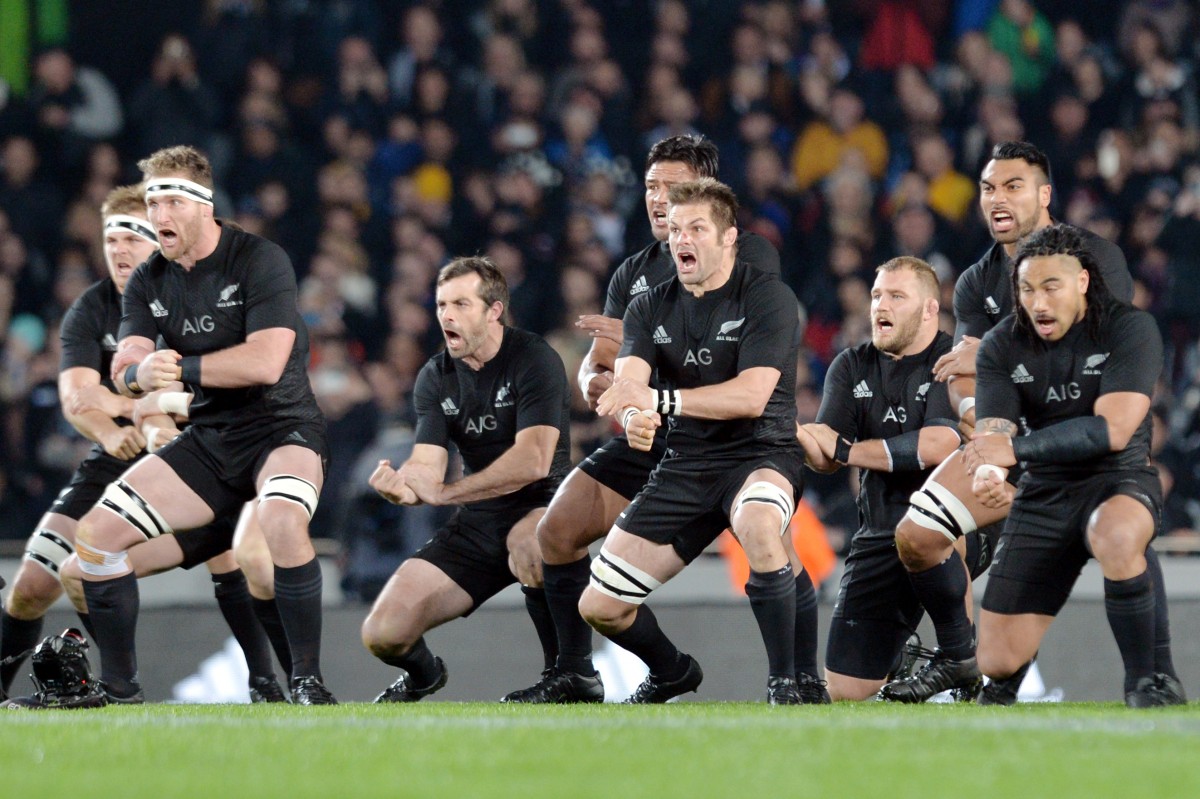 Rugby, the Haka, Hurling and Football

Cultures metamorphosed recently in the same cauldron that Doug Howlett identified with. All Black great, Joe Rokocoko stood in front of a packed stand in Jean Dauger stadium in the colours of the most southerly Top 14 team in France, Bayonne. As he approached the field with his teammates, men, women and children stood like oaks and with the choreography of an orchestra, proudly bellowed out their club song. The song culminated in the kick off as drums were beaten with ferocity and flares lit up the sunniest of skies.


The south of France, Rugby, Intensity, Passion. What’s it all about? Munster folklore would tell you that warriors like Galwey, Wood and Foley found this place different, intimidating even. Even an All Black is not at home in this cauldron of intensity, "I had been in intimidating atmospheres before, having travelled to South Africa a lot with Super teams, but this was different. Drums were beating, the crowd were singing and flares were going off in the stand.” (Doug Howlett reflecting on his All Black experiences in the South of France.)

Warriors from a warrior culture, the most successful team in history, the famous All Blacks, the Haka, “intimidated”. Different.  Cast your mind back to the 2007 World Cup Quarter Final, the French team simultaneously wore the colours of their national flag and stepped right up to the line as the All Blacks war danced (France won 20-18:https://www.youtube.com/watch?v=ebZVMc0NKZs).

Or the 2011 World Cup final where the French team formed the shape of a spearhead directed at the Haka (France lost narrowly 8-7:  https://www.youtube.com/watch?v=rcXSNsd9-NY). On both occasions the French turned the psychological edge that the Haka gives the All Blacks on its head. They visually demonstrated their intention to the opposition, the spearhead directed at the core of what it meant to be an All Black.

It was a colleague of Jean-Marie Goyheneche (Sport Psychologist) who recently explained to me the influence that he had on that French team. Psychologically the Haka has often intimidated opponents and has provided a great opportunity for the team to reach peak intensity at the appropriate time (The Haka is performed last thing before kick-off). Goyheneche knew that this advantage could be eliminated and surpassed by the motivation, unity and belief that would result from the French standing in unison and approaching the Haka exuding courage, passion and confidence. Different.

How does a player deal with such emotion? What impact does it have on his concentration levels? Is it an advantage? These questions can only be answered with a deeper understanding of concentration. Concentration entails the ability to focus attention on the task at hand and not be affected or disturbed by internal (thoughts) or external distractions. Selective attention involves being able to choose to attend to specific things going on and to ignore others.

It's about being totally in the moment, in the here-and-now. Peak performance occurs when athletes are able to voluntarily concentrate on the relevant cues in their environment to win a ball, to make a relevant run or to spot a danger. Once the emotion in intense occasions is used to sharpen ones concentration on the relevant tasks inherent in a successful performance it can certainly assist an athlete’s performance. Experienced players tend to channel this positive energy into tackles, breaks, smart runs and key on field observations. During emotional occasions players often lose concentration at vital times in a contest. Refocusing cues or identifying what is important in a player’s performance is paramount for players to maintain concentration on what’s relevant in the heat of an emotionally charged battle.

Watching Bayonne V Toulon and Bayonne V Oyannax recently, the key players could deal with this emotion extremely well and were excellent at transferring it into the tackle. Their ability to tackle with ferocity and then within the same play, transfer this narrow focus to a broader concentration span was excellent. Concentration can often be misunderstood. The simple example that is often used in psychology parlance is that of a miners spotlight, narrowing and broadening its focus where required. In GAA or soccer a goalkeeper might require a narrow focus to save a penalty but a much broader focus to find a winger/midfielder with a kick out. In the penalty kick the goalkeeper only has to focus on the player and the ball where as with the kick out there are many more variables at play, opposition players, wind, distance and movement. Stephen Cluxton the Dublin footballer is an artist at this very skill and indeed he dictates games as a result. As was Tipperary goalkeeper Darren Gleeson in their convincing All Ireland hurling semi-final win over Cork.  This ability is a psychological skill that is acquired through thought control, an understanding of how to switch your concentration width from narrow to broad or vice versa and consistent practice.

Rokocoko in particular had an outstanding game against Oyannax, he remained calm and conservative of his energy throughout his performance but at the vital moments when he intuitively sensed there was an opening in the opposition defence he was full of passion and sharpness. He found himself in the right place at the right time, all the time.  Like the miners spotlight, he could broaden or narrow his focus at will. He was directly involved in three of Bayonne’s tries against Oyannnax and was unluckily denied another by the TMO. He constantly switched wings at will as he sensed danger or opportunities in the game (Broad Concentration Span). Once in the right place he pulverised opponents with tackles or made direct incisive runs to break the opposition line (Narrow Concentration Span). He had a fantastic ability to remain calm when he was not directly involved in the play and then increase the intensity of his concentration when required. Defining concentration zones is a skill that many top professionals are excellent at; they use it to conserve their emotional and physical energy when it is not required for when it’s required the most.

Players often use the traffic light technique where they associate the traffic light colours Green, Orange and Red with different zones when the ball is in play on the field. For example if your team is attacking in the opposition third, a goalkeeper can associate that with green (relax), when the ball is in play in the middle third the goalkeeper can associate this with orange (aware) and when the ball is in the defending third the focus is associated with red (alert). Many athletes I have worked with found that this technique helped their performance. Others intuitively implement this concept. This allows players to conserve energy and sharpen their focus when required the most. Rokocoko was a genius at this and his experience at implementing this technique for the All Blacks was clearly evident in his performances for Bayonne.

Chatting to the English speaking players, particularly Rokocoko and Dwayne Haare I was intrigued by their genuineness.  They were fantastically grounded and were very open about their performance and the games. It reminded me of a paper I read recently in The Sport Psychologist journal. The article focused on the key aspects that made the All Blacks the best. One of the key themes emphasised by All Black management during the last two world cup campaigns was the slogan “Better players make better All Blacks”. Key to this theme was the word respect, respect with your team mates, the game and the fans. The All Blacks constantly swept their dressing rooms after matches. Manager Graham Henry empowered team members to the extent where they would have formal meetings at the start of each training week and plan exactly what drills they would focus on in preparation for the next game. Subsequently they would meet the management and come to an agreement on what way the training week would run. The dual management model employed meant that the players had more ownership of the team and hence felt more motivated and responsible for their actions. Richie McCaw epitomised their ideals, “The jersey will show up frauds, the impostors. It’ll squeeze those who look for short cuts. You won’t last in this jersey if you’re not prepared to do the things you need to do to fill it.” (http://journals.humankinetics.com/tsp-back-issues/tsp-volume-28-issue-1-march)

The mind-set and the passion that both rugby cultures exude are unique. The Colosseum in Ancient Rome came alive at the sense of a battle. An All Black ignites after a Haka. A French rugby player responds to a great challenge and a passionate crowd. Like the Gladiators of Rome it’s how your mind can use this passion, this heightened sense of arousal to concentrate on the relevant cues within the environment. This ancient skill separates life from death, winning from losing.

“Where your mind goes, everything follows.”